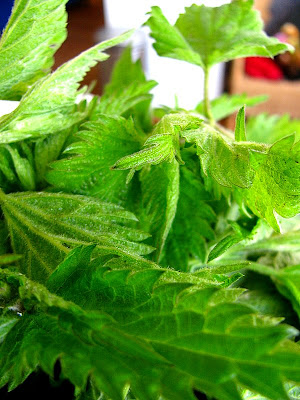 It's not that I did not have anything to tell. I have a backlog of recipes (purple potatosoup, another millet pilaf), oh and a trip to the beach to post pictures of, and there's still 5 days of London eating waiting to be blogged about, an underground farmers market and the 150 muffins I baked, not to mention a ton of bacon jam. No shortage of subjects. Just a shortage of time, energy and blogging-inspiration.

So, when I read about Lorna Yee's Meatless Week Challenge over on her blog The Cookbook Chronicles, I decided that a challenge like that was just what I needed to get me committed to regular blogging again. I've been thinking about doing something like this myself. I always say we don't eat a lot of meat, but what I really mean by that is that we don't often eat large steaks or whole chickens or huge roasts. We do eat a lot of 'hidden' meat - bits of bacon in pasta dishes, meatballs, soups based on meat and chicken stocks. Even though I don't eat a pound of meat a day, I do adore the flavor of meat and I don't think I ever went a whole week without a single piece of animal protein. So why would I want to do that, anyway? Besides the obvious environmental reasons and concerns about animal welfare? I simply think that cooking vegetarian food forces you to be more creative in the kitchen. I wrote a little bit about that here.

This week will be that week. Well, not quite. More about that later.. For reasons I'll explain later in the week, I decided to cheat one day during this challenge. To sort of make up for that, I did start meatless Week one day early. So for us, Saturday, May 22 was the first meatless day of the week.

I decided to chronicle not only what I make for dinner but also snacks and lunches, because that's where the little bits of meat most often sneak in.

The ususal yoghurt and granola breakfast.
Lunch: 2 latte´s and a croissant with butter, and later 2 slices of bread with peanut butter. 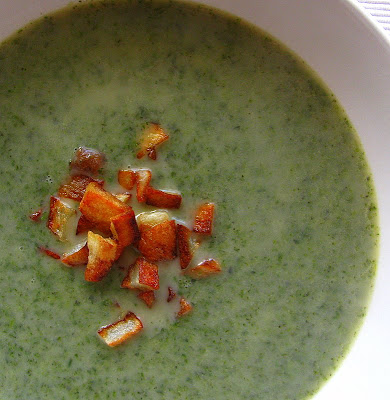 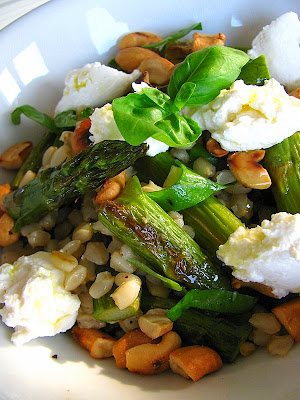 Oh my, Klary--that soup and salad looks incredible! Your menu today is far more interesting than mine. I agree, cooking meatless forces one to be more creative in the kitchen.

Thanks for joining me on this journey.