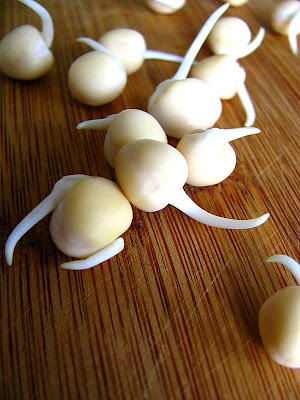 Zora O'Neill aka the Roving Gastronome just put up a great post about women in the kitchen and why is it that professional women chefs get less awards and less attention and less press coverage than their male colleagues? The answer? Vegetables.

I laughed out loud as I read this. Not because it's ridiculous, but because I think she's right, and because I've been thinking about cooking with vegetables and grains and greens and everything that is NOT meat so much lately. It's really hard, when you're eating out, to construct a menu that has a healthy balance of proteins and vegetables. (Which is why restaurants like this are such a welcome surprise). And yes, I know lots of people who prefer it like that, and it's exactly like Zora says: eating out is the splurge, when you go and spoil yourself, when you'll eat the foie gras and deep fried anything, and sigh to your girlfriends you'll be sensible again tomorrow and eat nothing but salad oh and maybe a free range egg.

It's easier when you´re cooking at home, but even in my own kitchen, or when I go shopping, I often fall into the protein trap. Lately I've been very vegetable conscious though. Maybe it´s the result of spring, and all the great green produce that's available now. But whatever the resaon, we´re eating like vegetable loving vegetarians these days - the only piece of meat I had in a week, were the slices of ham we had with our white asparagus dinner. Now that's a given.

These were our dinners yesterday and today. 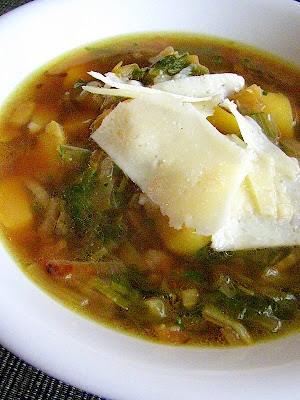 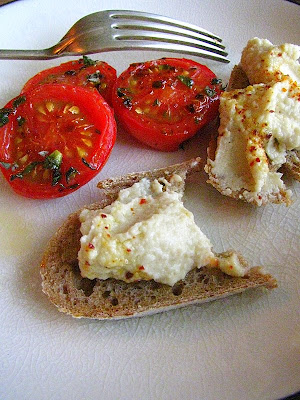 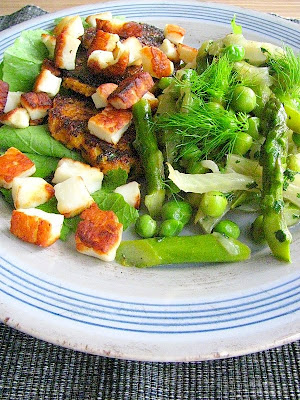 Today: a light vegetable stew of fennel, green asparagus and peas, finished with lots of fresh chervil and the fennel fronds. Sweet potato pancakes on a bed of turnip tops, sprinkled with fried halloumi. So, so good.
Posted by Klary Koopmans at 8:20 pm

Awwww! You've made turnip greens!!
Another star in your G.R.I.T.S. crown.

And did I miss your annual asparagus dinner/lunch? I look forward to the colors and the rich pillowy contours on the plate every year.

racehl, we had the first white asparagus of the season last Friday. The dinner looked exactly like the ones from last year so I did not take a picture!

Glad you liked the post, Klary! All that food looks so good. (I still haven't gotten back in a good eating routine since I got back--erg.) I'll have to check out the Love Soup cookbook...