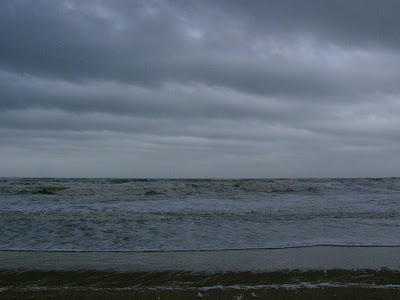 Another walk on the beach today. The sea looked very different from last time I was there - tempestuous and just a little bit scary. Fortunately there were also signs of spring: 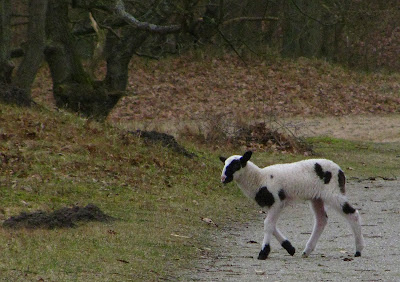 At the post-hike-evaluation my friend and I started talking about plans for dinner, and for some reason the subject turned to beets. I said, enthusiastically:
"I love beets! Especially with bacon!"
"What did you say? Beans and bacon?"
"No, beets and bacon!"
"Where did you hear of such a thing? I´ve never heard of beets and bacon.- Did you just come up with that?"
"Ofcourse not. Beets and bacon, that´s a classic."
"Where. In space?"

Now, I tend to think highly of this person´s culinary opinions, but how can you NOT know about beets and bacon? And it´s not just the Dutch classic of bietjes met speklap I´m talking about - googling beets and bacon gives me 440.000 hits - granted, not as much as the 3 million I get for eggs and bacon, or the almost 900.000 for "beets and cheese", but still. Really not that crazy.

Anyway, I was inspired to keep the pumpkin, olives and onions that were waiting for me at home till another day (I had no idea what to do with them anyway), and went to the store.. for beets and bacon.

This salad is so good because of its excellent balance of flavors and textures. We have cool cucumber and hot potatoes, soft eggs and crispy bacon, sweet beets and peppery arugula. A mellow walnut oil/balsamic vinaigrette holds it all together.

When you´re in a hurry, you could fry the potatoes and bacon in different pans simultaneously - but I think it´s a good thing, flavor-wise and budget-wise, to fry the potatoes in the rendered bacon fat. 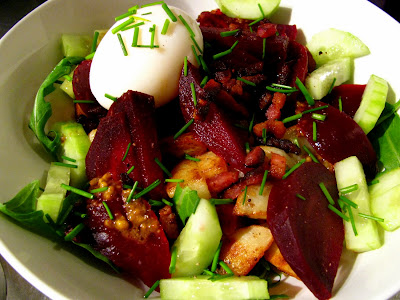 Slowly fry the bacon in a non stick pan until it´s crispy and the fat has rendered out. Lift out the bacon and drain on paper towels, leaving the grease in the pan. Fry the potatoes in this grease (add a little olive oil if there´s not enough fat), slowly, until brown, cooked through and crisp. Season the potatoes with salt.

Heat the beetroot in the microwave until lukewarm.

Divide the arugula among 2 plates, top with the potatoes, beetroot and bacon. Scatter the cucumber around the edges. Drizzle with the dressing, place the egg on top and sprinkle with the chives.
Posted by Klary Koopmans at 6:17 pm

Mocked! Publicly mocked! I shall retaliate by making this recipe tomorrow and exposing this space-food hoax.